At this time of year we are all thinking about playing our league games.  If your WI does not participate why not think about joining for next year?  Your WI secretaries will have the information, so all you have to do is ask.

If you would like play scrabble for example, you only need four players, and most of the games are usually played in members houses.  The more teams we have the less travel is involved.

In addition, look look out for the box about golf taster sessions.  If it is popular we will probably be able to run more.

It was a very closely fought semi-final - all four teams tied with the same number of points, resulting in an extra leg being played. The two WIs going forward to the finals were Staverton and Purton Evening. Staverton were the worthy winners beating Purton Evening, last years winners. 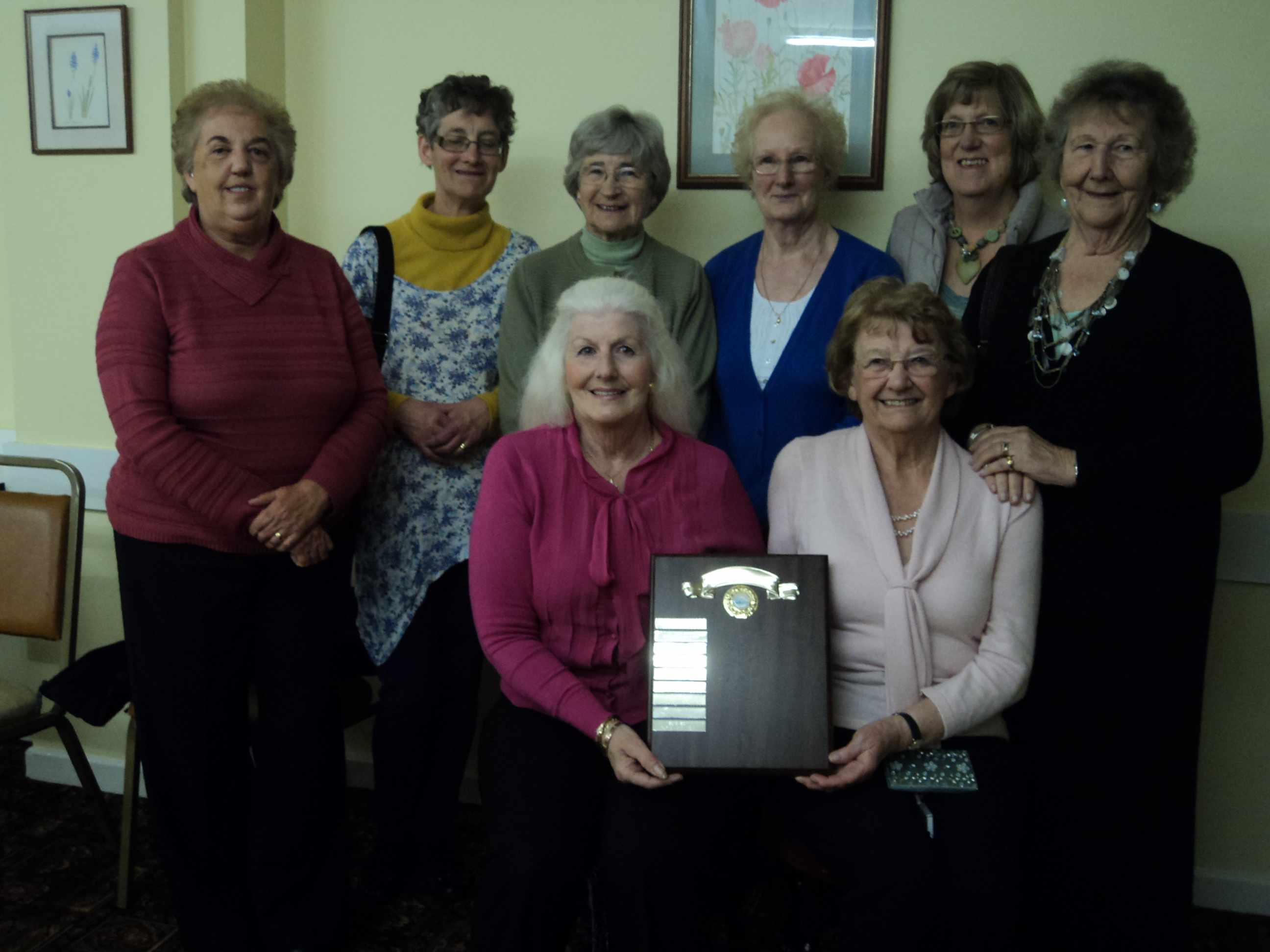 Joan Tugwell of Staverton winner of the Maureen Holder cup for member with the highest number of pins receiving her trophy from Trish Cole, Federation Chairman